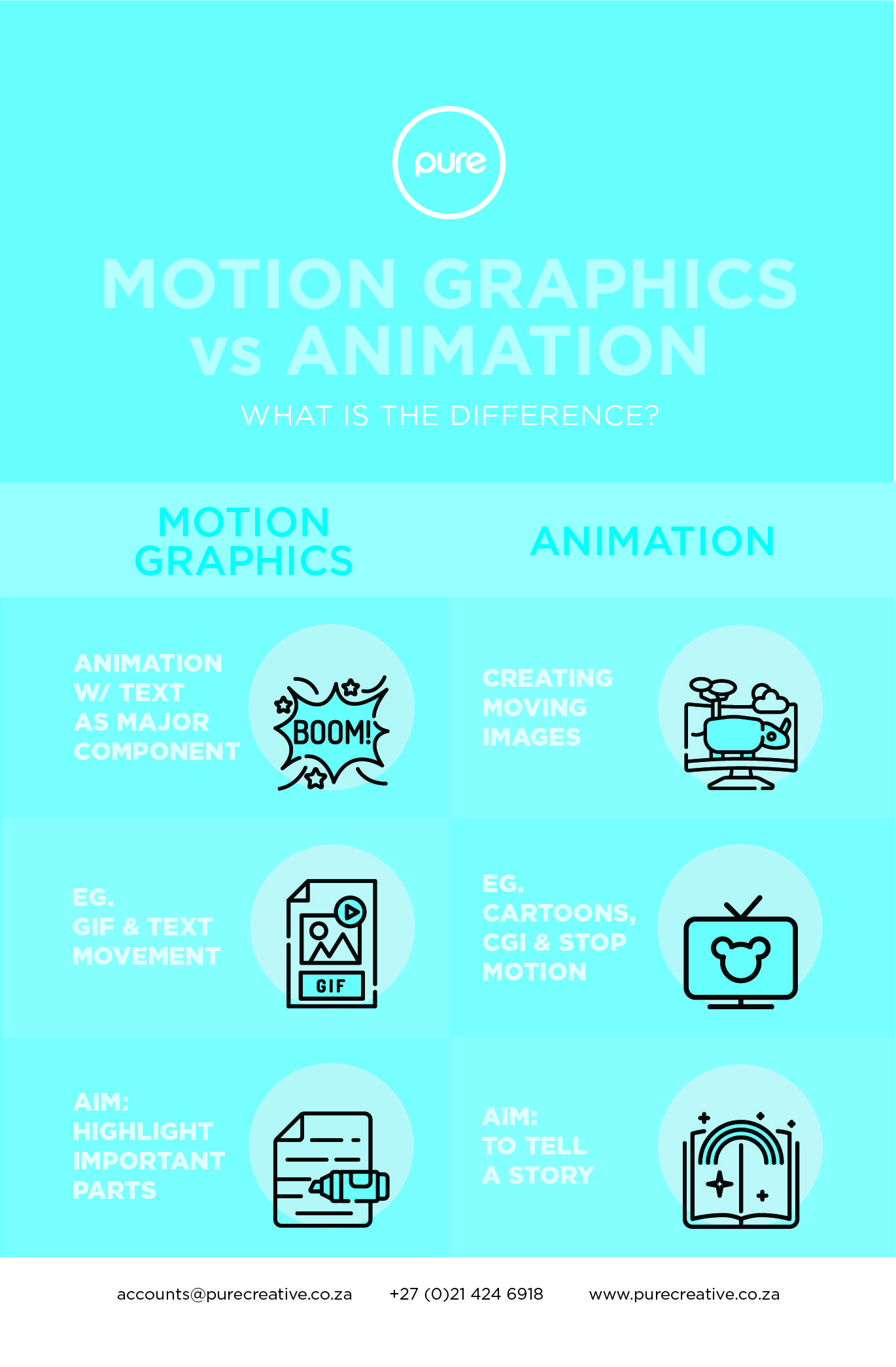 Although often used interchangeably and synonymously, motion graphics and animations have some distinct differences at the core of their meanings.

It is important for creatives, brands and businesses to know these differences so that a clear objective for content is known throughout the creative process. In other words, when you know the difference between the two, you will better understand which one you want to use for branding and marketing purposes.

By definition, animation is “the manipulation of electronic images by means of a computer in order to create moving images.” Likewise, motion graphics is defined as “animation, but with text as a major component.”

Motion graphics are also appealing to visual learners who must envision before they understand. On top of being visually appealing, motion graphics can turn a dull presentation or project into one that is more entertaining without being unprofessional. Motion graphics can give your content that extra breath of fresh air that might be needed to distinguish and elevate you above your competitors.

Animations have been used for decades in the storytelling process. They appeal to wider audiences ranging from children to seniors, as there are various ways to create animations that speak to everyone. Animations are particularly set apart for creating narratives, and when it comes to branding, can be a visual marker that connects the brand to the audience by telling a story. Animations give the creative freedom to explore emotions, human connections, the five senses, virtual-to-human interactions and much more, expanding far beyond the capabilities of motion graphics.

Motion graphics are best used when you want to highlight the important parts of your product or service. This can be exemplified by a GIF, text movement or any motion that you believe would be memorable for your target audience. One is not particularly better than the other, it would just be advisable to know which method is best suitable for your brand to build an audience. The method you choose would also depend on your budget, as good, solid animations can be more expensive and time consuming than creating a motion graphic.

Both animations and motion graphics coupled with clean audio (voice or music) can be an even more compelling visual.

Whether it be movement or storytelling, people will be more inclined to lean into what it is you want to show or say about your product or service. Either method you decide on is meant to drive engagement between your audience and your content, ultimately bringing more attention and awareness to your brand or business as a whole.

Looking to develop motion graphics or animations for your brand? Contact PURE on accounts@purecreative.co.za or call on +27 (21) 424 6918 to set up a complimentary 20 minute consultation. Let’s create something great together!